I just made a Secret Santa Picker with Python! Isn’t that a fun thing to say…
I am still trying to become a more useful human, I keep hearing everywhere that people need to know how to code. I am attempting to learn Python by doing useful things. I cannot learn by just reading a book and absorbing information, I have to have a goal to accomplish. I need a project to pursue.
Today one of my family members mentioned our annual Secret Santa game. We usually pick out of a hat, but now we are spread out all over the country so picking out of a hat is not going to be easy. I figured this would be a good challenge to put my python skills to the test. My new project was to make a Secret Santa picker. I knew I was going to use Python’s random library.  After playing with random.shuffle, I tried random.sample. This seemed to work much better for what I wanted to do.

If you don’t wanna read this whole thing you can just jump straight to the code and start using it – – https://github.com/germfil/SecretSanta

I started out with a list of names in a text file and created a python list from that text file.

After that I got a count of the names in the list and used that count to set up my randomization.

Now that I had my original list of names (names) and my new list of names in random order (newnames) I just needed to figure out how to print them or write them to a file quickly and easily. This took some trial and error but I finally came up with a good idea..  I knew you could reference items in an list by specifying the list[itemposition]. I set up a counter variable that I could use to match the positions of the list items. I did this using the len() function. The len() function told me how many items I had in my list, and it started counting at number 1. The list items start at position 0, so in order to get the proper value for my counter, I had to start off by subtracting 1 from it.

This just loops through all the names in my original list(names)  and for each one it prints out “Name1 Shops for NewName[counter]” and then as part of the loop it decreases the number of the counter. So if i had 10 names in my list each iteration of the loop would do this:

Now this does not just reverse the names.. NewName[9] could be any name in the list. The random.sample() function randomized all the names in the NewNames list, so it is totally possible that NewName[9] is actually the same as Name1… For this we had to add a bit of logic to catch it if it was the same. People cannot be their own Sectret Santa..

I added an if and a break.  The if just says, if the names are the same, then print out a message and  break the loop. It basically just stops my script, and then I need to run it again. This is basically all I needed to get it working. I spent a couple more hours tweaking it and trying to get it to do exactly what I wanted it to do.  I wanted it to retry itself and not finish until it had a good run. I also wanted it to write the output to another text file instead of to the console. So I added a couple more things and changed the output to a file. You can check out the whole thing here – https://github.com/germfil/SecretSanta

Feel free to use it and make it better…. I have no idea what I am doing..  🙂 Have fun playing Secret Santa! 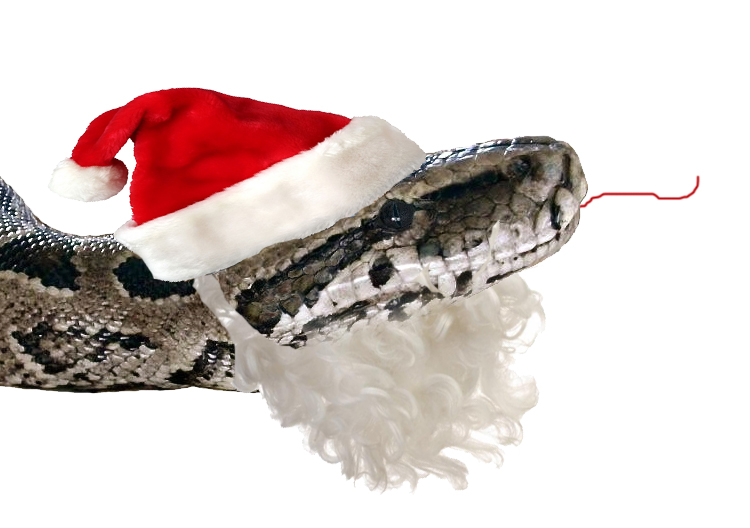